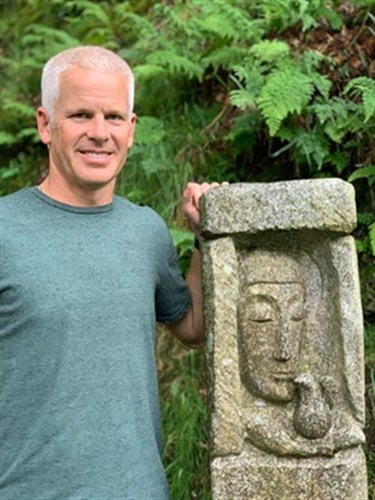 I knew fairly early in my days as a United Methodist pastor that something was going wrong.  I had only been assigned to my first church for a matter of weeks when a woman came to my office upset about some matter at church.   I tried my pastoral best to listen and understand, but to no avail.  When she stood to leave, she drew close and angrily pointed her finger just a short distance from my nose and said, “and YOU…YOU even expect us to live like Jesus!”

Although that was nearly twenty-five years ago, there is something about that encounter that haunts me still.  Perhaps it is that I have had some variation of that conversation on too many other occasions since.  There was a disconnect between the faith we Christians profess and the impact faith has on our ways of living.  You even expect us to live like Jesus?

The answer seemed simple, “YES...without question, YES!”    Isn’t that what being a disciple of Jesus is all about, growing in the likeness of Christ?  It is what I expect from myself and from all those who claim the name “Christian”.  As Ephesians states, “Therefore be imitators of God, as beloved children, and live in love, as Christ loved us…” (Ephesians 5:1, NRSV).  We won’t do it perfectly, but we are at least aiming in that direction.

This conversation reflects a couple of troubling trends all too often evident in the modern Church.  The first is that faith is about simply adhering to a set of ideas or doctrines about God.  As long as a person “believes” the right things, that is what defines her/him as a Christian.  However, the Gospel of Jesus Christ is more than a systematic theology, it is a radical transformation of heart and life based on love.  One can believe all of the right things about Jesus and still be bitter, angry, and violent, missing the mark of a changed heart.  Discipleship is about growing in love for God, others, and the world.

My former parishioner’s declaration is also indicative of a trend towards consumer/attractional Christianity that has become pervasive in many churches.  In this trend, church members are seen as customers and the role of the church is to meet their every need and desire.  The idea is if you are “attractive” enough (great concerts, programs, preaching, etc.), then people will be happy and stay.  The question and focus then becomes, “what do we do to keep people’s interest, to keep things compelling enough that they won’t go somewhere else, or worse, just stay home?”  It fosters the notion that the main role of church community is to make the customer happy.

It’s probably obvious that there are problems with consumer/attractional Christianity.  At worst, it is idolatrous because we make ourselves and not God the focus.  At a minimum it is unsustainable.  It is built on a model of continuous growth and anything less is considered failure.  Consumer/attractional Christianity burns out pastors and leaders who give all of themselves just trying to keep ahead.  Further, the poverty of this approach to church community is that it has led too often to surface level Christians, drawn more to self-satisfaction and attraction than discipleship.

Another problem with consumer/attractional Christianity is that success is primarily defined numerically:  How many people are in attendance? How much are people giving towards the budget?   Rarely, though, do numbers tell the stories of heart change.  They cannot measure the deepest things of the soul.  Further, pastors come to understand numerical measures as the measures of worth and effectiveness, like a CEO watching bottom line profits.  Many of us have served and even built up such an understanding of church.  I know I have played my part.

Many of us are seeking something more, though, and we are not without hope.  History gives us models for reformation and renewal through the Christian monastic tradition.  The Desert Fathers and Mothers of Egypt were a reform movement in the face of growing political and commercial influence on Christianity.  Early Celtic monasteries in Ireland and the British Isles quickly became centers of learning and mission in local communities and beyond, eventually expanding the way of Jesus across parts of Europe.  Francis and Clare of Assisi taught simple and intentional ways of being Christian through monastic community, in opposition to the growing influence of money and power on the Church.  Intentional discipleship community is at the center of the tradition of John Wesley and the early Methodist reform movement.  These are just a few examples of ecclesial renewal through contemplative monastic type communities.

Today a modern, or new, monasticism has been slowly emerging, inviting the Church back once more to the simple way of discipleship.  New monastic communities are focused on living a life of contemplation, prayer, study, and justice reflected in a common Rule of Life.  They are less dependent on buildings and space.  They can meet in existing churches, homes, coffee shops, pubs/breweries, or online.  They are flexible, practical, and incarnational (seek to live out Christian faith in the midst of everyday life).  New-monastic communities can be in person, online, or hybrid.  There are a variety of models for how to do each.

New monastic communities are innovative in that they differ from more consumer/attractional forms of church.   The goal in a new monastic community is not to grow large, but deep.  They are evangelical in nature, inviting people new to faith, those disenfranchised with church (spiritual but not religious, per se), and Christians within existing congregations seeking a more intentional way of discipleship.  New monastics are people across the age spectrum, married, single, and families, all seeking a more authentic way of being Christian.

New monastic communities can be started within or outside traditional church structures.  They can be as simple as a few people covenanting to live a Rule of Life together.  There are many tools and resources available, either in print or online, for creating a Rule of Life.  A helpful Rule of Life based on the United Methodist membership vows can be found at https://www.missionalwisdom.com/rule-of-life.

There are also different formal expressions of new monastic community.  In the United Methodist tradition, these include the Order of St. Patrick (https://patricianorder.org) and Spring Forest (https://www.springforest.org).  An online new monastic/contemplative community is Manaigh Nua (www.newmonks.org).  You might also explore the Iona Community (https://iona.org.uk/#), or the Northumbria Community (https://www.northumbriacommunity.org) to see how the Celtic monastic model is finding expression in the British Isles today.

In this era of global pandemic, awareness of social injustice, and changing church dynamics, perhaps the ancient but innovative model of a new monastic community has something to offer Christians, the Church/church, and the world.  In true contemplative fashion, it is one simple movement of the Holy Spirit waiting to be rediscovered in a world filled with the glory and wonder of God.

About: Brett is the lead pastor of Christ Church United Methodist, in Fort Lauderdale, Florida.  He has a Ph.D. in New Testament and Early Christianity from Iliff School of Theology/University of Denver and is the founder of Manaigh Nua, a newly formed online new monastic community.  Brett also served as chair of the Board of Ordained Ministry for the Florida Annual Conference of the United Methodist Church from 2016-20.  His wife, Andra, is the Associate Dean of Graduate Studies for the School of Nursing at Florida Atlantic University.  They have two daughters, Anna Brook, who is an M.Div. student at Boston University and a candidate for ordained ministry in the UMC, and Emily, who is a senior in high school.