Laboring with God for the Kingdom on Earth: A Devotion Given to the Asian Ministries Network on March 31, 2021 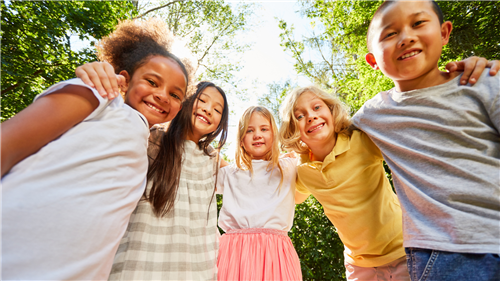 A Devotion Given to the Asian Ministries Network on March 31, 2021

My name is David Lee. My full name is David Jong-Hyun Lee. I was born in Seoul, South Korea. I moved to the United States when I was seven years old.

My first U.S. President was Ronald Reagan. I remember him describing Asian-Americans as “the model minority.” It sounded like a compliment, but not quite, not quite there – almost there. The second best, second class was how I heard it.

Growing up, I would hear Korean families talk about making sure their children would speak “perfect English.” I remember thinking that was odd. Why was that a goal? I saw my Korean peers who could speak perfect English but could not fully communicate with their parents. There was a cost to their own native language and culture. We call America “a melting pot”, and it seems like you have to give up your own distinctiveness to be fully American.

When I went to college, I met Korean students from all over the world from countries like Brazil and Italy. They spoke perfect Korean and perfect Italian or Portuguese as well as English. It was around the time of the World Cup, and I remember these Korean students from around the world having so much pride for Brazil or Italy, as well as Korea. I wondered where my pride was for Korea and for America.

Several years back, “multiculturalism” was the big thing in our Conference. That’s a good thing, but here is the way I experienced multiculturalism: think of a nice garden salad with all kinds of greens and vegetables, with raisins, olives, and nuts, with all the works! Looks beautiful! Then we pour ranch dressing all over the salad so that everything looks and tastes like ranch dressing.

My wife, Amy, is White. We’ve been married for almost four years. Early on, she saw my interactions and conversations with church members, and immediately, called me out saying, “Why are you acting white? You even preach white. This is not you. Be yourself – be the person I know you to be.” I hadn’t even realized how much I was trying to be American.

I struggle with sharing this next experience, but I believe it is true, important, and speaks to my experience. When I got married, I realized I made enough for myself, but with hopes of starting a family, I was concerned about our finances. So I went and spoke with my Superintendent at the time, and she asked me, “How much do you make?” I told her. She said, “Well, why do you make that? That’s much less than what you’re supposed to make.” I had no answer. It turned out that I made nearly twenty thousand dollars less than my peers with similar years of experience.

I wondered, “Was it my race or ethnicity?” I view this as a matter of proximity. People had not seen a person that looked like me in a position like that, so it would be perfunctory to overlook or dismiss the unfamiliar and place what was familiar in that position. So was race a factor? Yes, I believe it was.

The recent event of the Atlanta shooting of six Asian female workers along with two white patrons has been personally heartbreaking and frustrating to follow. I heard two police chiefs or sheriffs say emphatically that race was not a factor. It took the one police chief of color to say, “Nothing is off the table.” Primarily Asian workers were killed in multiple Asian-owned businesses in the course of the gunmen’s shooting spree. How is race not a factor? At the very least, race has to be on the table.

Several years ago, I had an opportunity to hear and meet Ruby Sales, an African-American social justice activist, scholar, and public theologian. She is considered a “legendary civil rights activist” and one of fifty Civil Rights leaders being showcased by the Smithsonian National Museum of African American History and Culture in Washington DC.

Ruby is still fighting the good fight. She was razor-sharp and didn’t hold back in speaking to a group of mainly United Methodist pastors in Greensboro. After the talk, I went up to speak with Ruby. Trying to be self-deprecating, I said, “Well, in the South, race is mainly a black and white issue, but…” Before I could even get the rest of my sentence out, Ruby interrupted me saying something like, “Why don’t you have a say? Why don’t you have a place? Why don’t you belong on the issue of race?”

I was stunned and speechless. I didn’t have a response. I didn’t understand then, but I hear her clearly now telling me: you have a say; you have a place; and you do belong – not just on the race issue but in this country, too.

I am a father of two boys, Lincoln Soo-Han (23 months) and Rohry Sung-Han (7 months), who are neither Korean nor White, but both Korean and White. I wonder what kind of country they will be growing up in. Will they feel like they have a place, a say, and feel like they belong? I will fight to make sure they do.

This is not a struggle just for Asians or Blacks or Hispanics or any other race, gender, or orientation. This is a fight for the sacred worth of every human being who has been created in the image of God. As a follower of Jesus, I pray daily for God’s kingdom to come and for God’s will to be done. I have a responsibility to partner and labor with God for God’s kingdom on earth to look as it is in heaven. I look forward to the day when all of God’s children will see “before [them] a great multitude that no one [can] count, from every nation, tribe, people, and language, standing before the throne and before the lamb.” (Rev. 7:9).

For Thine is the kingdom, and the power, and the glory forever. Amen.