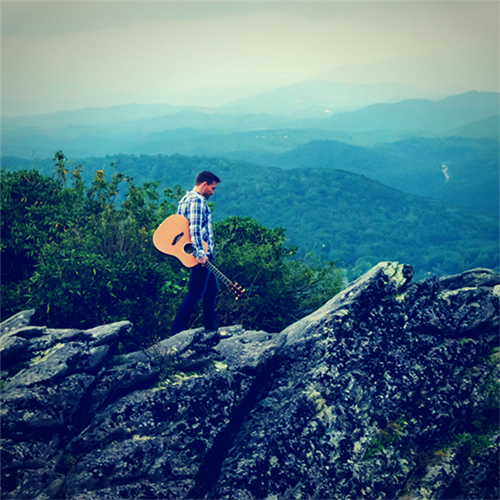 While finishing his Master of Arts in Christian Practice degree at Duke Divinity School, worship leader and singer/songwriter Kyle Sigmon, from Boone, NC, became inspired to create something new out of words of old.

It was early spring of 2014 and the candidate for ministry as a deacon in the Western North Carolina Conference of The United Methodist Church was taking a class on Methodism from Dr. Randy Maddox and Dr. Lacey Warner. One article written by Dr. Maddox particularly spoke to Sigmon as he was about to enter into the church season of Lent, a time of focusing on spiritual disciplines in preparation for Easter. The article was on John Wesley’s emphasis on Jesus’ Sermon on the Mount from Matthew 5-7 and how important these passages of scripture are for us today.

The article inspired Sigmon to decide spend that season devoting time to studying and meditating on Matthew 5-7. The first day of Lent he focused on the Beatitudes (Matthew 5:1-12). In his time of meditation he began singing the words of what became the chorus of a new song called, “Blessed.” As a songwriter, Sigmon has always felt a special connection with the Creator in the act of composing new songs and music. After he wrote this song he set a new goal for his Lenten devotional time: to take the whole Sermon on the Mount and turn it into a series of songs.

He was so inspired by the words and the process of songwriting connecting him with God that it only took him two weeks to meet his goal. It was not even halfway through the season of Lent before Sigmon had created 16 songs out of the words of Jesus’ Sermon on the Mount.

The whole experience was only meant to be between Sigmon and God on his own journey of discipleship, but the journey was not over. After sharing about the songs with his pastor, Ben Carson of FaithBridge UMC in Blowing Rock, the church embarked on a summer long worship series focused on the Sermon on the Mount. Every week each scripture reading was highlighted with a song by the same words.

After the series, people began to encourage Sigmon to record his songs. This started to give him a new vision for how this little project might make Jesus’ words more widely accessible and continue the work of spreading these important messages, while fulfilling his own calling as a bridge between the church and the world.

It took some time to find the right person to help this vision become reality, but in 2015, Kyle met producer and engineer Everett Hardin of Red Yeti Audio in Boone, NC and they began making plans to record. In 2016, the first chapter was recorded and released with six songs lyrically taken straight out of Matthew 5. The musical genre was a mixture of modern folk, alternative, and adult contemporary featuring guitars, piano, and horns played by Sigmon’s nephew Charlie Smith.

This past year, Kyle was back in the studio recording the next chapter. Matthew VI, which will have more of an electronic edge to it, is set to release Wednesday, February 14th, 2018. This date is not only special because it is Valentine’s Day, but for Sigmon its significance comes from the fact that it is Ash Wednesday, the beginning of the season of Lent and the anniversary of the season of inspiration for Songs from the Mount.

For Sigmon, these words continue to work on him. He keeps coming back to them and continues to find layers of meaning that give insight to how Christ’s words ring true today. Sigmon has played these songs in churches and in bars in hopes that whoever hears these songs will not just be a hearer, but be inspired to be a doer by living a bold life of joy that includes loving even our enemies and choosing the kingdom of God over the love of wealth. 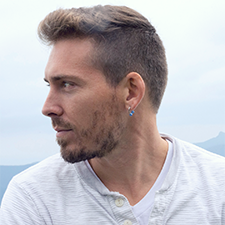 Sigmon is preparing now to be ordained as a deacon in full connection with The United Methodist Church at Annual Conference in June of 2018 pending his final interview in early February.

Keep up with his journey by visiting his website at www.kylesigmon.com or worship with him at FaithBridge UMC in Blowing Rock or online at www.faithbridgeumc.org.