Preview to the legal debate around gay bishop 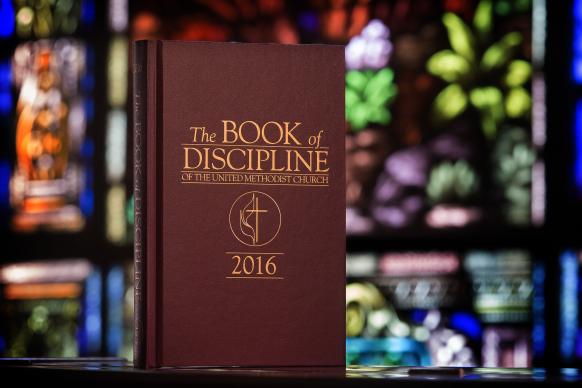 By Heather Hahn April 19, 2017 | UMNS The United Methodist Church’s top court faces a number of questions about the election of the denomination’s first openly gay bishop — including whether it should weigh in at all. The Judicial Council is set to meet April 25-28 in Newark, New Jersey, and leading its docket is a petition from the South Central Jurisdictional Conference asking for a ruling on questions related to the election, consecration and assignment of a bishop in a same-sex marriage. Any decision on that petition could affect Bishop Karen Oliveto, who is legally married to a United Methodist deaconess. The U.S. Western Jurisdiction elected Oliveto in July, and she now leads the Rocky Mountain and Yellowstone conferences. However, Oliveto is not a party in the case, and the questions in the petition do not name her. Dixie Brewster, the South Central Jurisdiction delegate who raised the questions included in her jurisdiction’s petition, is the case’s petitioner. The respondent is the Western Jurisdiction College of Bishops. Representatives of both Brewster and the College of Bishops will participate in an oral hearing set for 9 a.m. EDT Tuesday, April 25. One debate the church court faces is whether the South Central Jurisdiction has standing to challenge the election of a bishop in another jurisdiction. The denomination’s constitution “is clear that each jurisdiction elects its own bishops,” says a brief filed on behalf of the Western Jurisdiction College of Bishops. The brief adds, “the business of a bishop’s election in the Western Jurisdiction is by constitutional definition not the business of the South Central Jurisdiction.” A brief filed on behalf of Brewster counters that “once a person is elected and consecrated as a bishop, that person is a bishop of the entire church and potentially eligible to serve within the confines of any jurisdictional or central conference.” That’s just one of the arguments in the case. Since 2004, the book has listed “not being celibate in singleness or not faithful in a heterosexual marriage” and “being a self-avowed practicing” gay clergy member as chargeable offenses under church law. The briefs filed on behalf of Brewster ask the Judicial Council to rule that the Western Jurisdiction’s actions in electing, consecrating and assigning Oliveto “negate, ignore and violate” provisions of the Discipline. Therefore, the briefs contend, the church court should void those actions and rule Oliveto’s election invalidated. Brewster does not ask the Judicial Council to remove Oliveto’s clergy credentials. In a lengthy footnote, Brewster’s opening brief notes that even if the church court overturns Oliveto’s election, Judicial Council precedent indicates she would remain an ordained elder while under review. The Discipline has a separate process for clergy — including bishops — accused of chargeable offences under church law that offers a right to trial and appeal. That process does not begin at the Judicial Council, briefs from the Western Jurisdiction College of Bishops note. For U.S. bishops under complaint, the process generally takes place within their own jurisdictions. Oliveto is facing “multiple” complaints filed since her election as bishop, said Bishop Grant Hagiya, the president of the Western Jurisdiction College of Bishops. Hagiya told United Methodist News Service the complaints against Oliveto are still “in our supervision stage of trying to work out a just resolution.” “Our timeline extends until after the Judicial Counsel's decision, so we will not have any response until after that decision is released,” Hagiya said. “We continue to work towards something that both sides will accept.” The college of bishops’ briefs argue that the Book of Discipline has no law that explicitly prohibits an elder in good standing from entering into a same-sex civil marriage. The briefs further contend that such a marriage is insufficient evidence to prove that someone is a “practicing homosexual.” “The Western Jurisdiction’s nomination, election, consecration and assignment of a bishop in a civil same-sex marriage does not negate, ignore or violate church law,” one brief states. Even as the Judicial Council meets, the Commission on a Way Forward continues looking at new ways to support United Methodist unity amid deep divisions around homosexuality. The opposing sides differ on how the church court should regard the commission's work in the matter at hand. The College of Bishops asks the Judicial Council to defer to the commission; while Brewster states that the commission’s mandate does not create “an atmosphere of anything goes.” None of the Judicial Council decisions on its April docket will be released until after the meeting has concluded. Hahn is a multimedia news reporter for United Methodist News Service. Vicki Brown, UMNS news editor, contributed to this report. Contact them at (615) 742-5470 or newsdesk@umcom.org. To read more United Methodist news, subscribe to the free Daily or Weekly Digests.   Response by Bishop Paul L. Leeland

Opening brief on behalf of Dixie Brewster, file by the Rev. Keith Boyette

Reply brief on behalf of Dixie Brewster, filed by the Rev. Keith Boyette

Opening brief on behalf of the Western Jurisdiction College of Bishops, filed by Richard A. Marsh and Llewelyn G. Pritchard

Reply brief on behalf of the Western Jurisdiction College of Bishops, filed by Richard A. Marsh and Llewelyn G. Pritchard