How Thick is the Stained-Glass Ceiling? 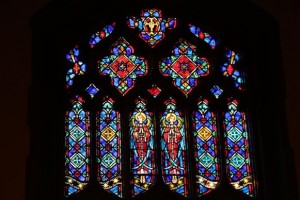