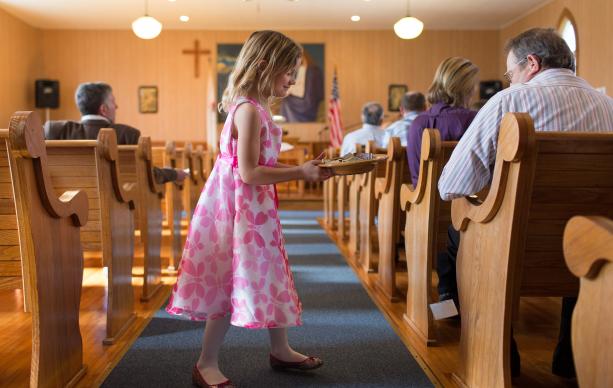 The United Methodist Church’s lowest general church budget proposal in 16 years is now heading for a vote at the 2016 General Conference. Two denominational leadership bodies in the past week have agreed to propose a bottom-line budget of $599 million for general church funds in 2017-2020. General Conference — the denomination’s top policymaking body — establishes the total amount of money needed to support churchwide ministries. That amount is then apportioned mainly to U.S. conferences, which in turn ask for apportionments from local churches. If General Conference adopts this proposal, U.S. conferences would be asked to pay the lowest general church apportionments since the current apportionment formula began in 2001. General Conference will meet May 10-20 in Portland, Oregon. The Connectional Table, which coordinates the denomination’s agencies, and the board of the General Council on Finance and Administration, the denomination’s finance agency, each had approved a proposed budget of $611 million in February. However, after hearing concerns about the financial pressures faced by conferences and local churches, the top executives of the denomination’s general agencies urged that figure be dropped by $12 million. Both leadership bodies, which are responsible for developing the general church budget, called additional meetings to consider the recommendation. The finance agency board on March 28 voted 11-2 for the revised budget. The Connectional Table on April 4 voted 29 in favor with one abstention. Agency top executives have voice but not vote at Connectional Table meetings. Moses Kumar, the top executive of the General Council of Finance and Administration, told both bodies that the budget revision reflects attentiveness to United Methodists’ concerns. “The key question is: Are we listening?” he said. “Together, we are listening.” Both the finance agency board and Connectional Table, which have members from around the globe, met via teleconference and webinar technology to save on travel expenses. “What we’re striving for … is a budget that is reflective of the needs and the capacity throughout the connection,” said Dakotas-Minnesota Area Bishop Bruce Ough, the Connectional Table chair. “We’re looking for a balance between the capacity of local churches and conferences to generate the apportionments and on the other side, having an adequate budget that allows the mission of the church to move forward.” What’s the impact? The proposed budget allocates the following: Funds help with such denomination-wide endeavors as planting new churches, providingresources for evangelism, supporting theological education, advocating for church social teachings, engaging in international development and cultivating new mission fields. The budget offers a target for the coming four years. Actual spending largely depends on giving received. It’s too soon to know whether agencies will make up for shortfalls by dipping into reserves, relying on alternative revenue such as grants, or reducing staff, Kumar told his agency’s board. The proposed budget also does not yet include initiatives going before the 2016 General Conference that could have financial impact. Members of the General Council of Finance and Administration and Connectional Table will meet periodically throughout General Conference to adjust the budget to take into account what the legislative body approves. General Conference delegates will vote on a final budget proposal on the last day of the meeting. In the U.S., the denomination’s finance agency requests apportionments from each conference based on a formula that includes its local church expenditures, local church costs, the economic strength of the conference and a base percentage approved by General Conference. The General Council on Finance and Administration is asking the 2016 General Conference for the first time to approve a formula for apportionment giving from the central conferences — the seven church regions in Africa, Europe and the Philippines. Even if the formula gains approval, U.S. United Methodists will still pay the bulk of general church expenses. Reversing declines The reduced general church budget comes at a time the church has seen its U.S. worship attendance decline, even as multinational membership has grown. Donald R. House Sr., an economist and chair of the denomination’s Economic Advisory Committee, warned church leaders last year that unless the denomination reverses its U.S. declines in the next 15 years, its connectional structures will be unsustainable. House’s committee initially had recommended a general church budget of $628 million in 2014 and reduced that to $621 million in 2015. At its late January meeting, the committee reduced that recommendation dramatically after seeing a significant decline in U.S. worship attendance. The committee suggested denominational leaders consider a budget of $595.6 million or an optimistic budget of $604 million. At the Connectional Table teleconference, Ough addressed House’s concerns. “The only way we are going to turn this thing around is if we are much more intentional about our mission of creating vital congregations and impacting the world in such a way that people want to join the United Methodist movement,” he said. “That takes some dollars, particularly as we are expanding our reach in other parts of the globe.” Hahn is a multimedia news reporter for United Methodist News Service. Contact her at (615) 742-5470 or newsdesk@umcom.org.