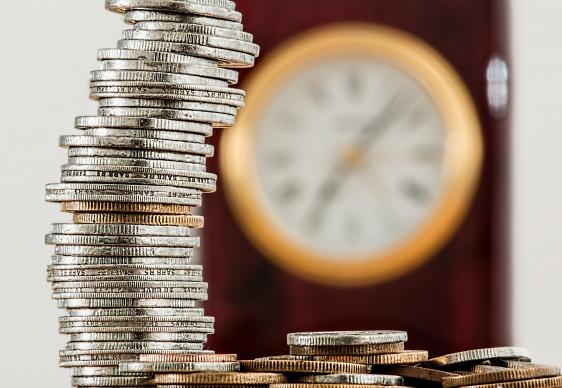 A new federal rule that increases the number of U.S. workers who are eligible for overtime pay could have an impact on your church’s payroll.Most church employees who are not clergy are among those affected by the new regulation — currently set to take effect Dec. 1. Under the new U.S. Department of Labor rule, most workers earning up to $47,476 annually ($913 per week) will qualify for overtime pay. That roughly doubles the current cutoff, set in 2004, of $23,660 annually ($455 per week). The changes mean more white-collar salaried workers can earn time-and-a-half wages (that is, 1.5 times their hourly rate of pay) for each hour they put in beyond 40 per week. In addition to raising the ceiling, the overtime-eligibility regulation provides for automatic updates every three years to keep pace with U.S. wage growth. It also strengthens protections for workers already entitled to overtime. For churches, the rule’s big exceptions are likely clergy and possibly some individuals with the education and duties of clergy such as youth pastors. The U.S. Department of Labor manual exempts clergy from minimum wage and overtime requirements. However, the rule potentially applies to a variety of other church employees, including administrative assistants, Christian educators, custodians, daycare workers and musicians. The U.S. Department of Labor calculates that the expansion makes an additional 4.2 million U.S. workers eligible for overtime pay. Steve Lambert, the general counsel for the United Methodist General Council on Finance and Administration, cautions, “Making generalities about these rules is fraught with peril.” He said a variety of factors contribute to a worker’s overtime eligibility. For instance, if a church includes a preschool, and that preschool is not a separate employer entity, its employees are covered by the new rule. The rule also covers employees involved in any interstate work, which can include such routine tasks as using the internet, exchanging emails and making phone calls across state lines. The General Council on Finance and Administration — the denomination’s legal and finance agency — is working with ComplianceHR software to help churches determine who qualifies for overtime pay and to reclassify employees if needed. Churches will need to pay $60 for each employee to determine whether the worker is exempt or non-exempt from overtime pay. Lambert’s office also has been working with conference treasurers to help United Methodists comply with the regulation. He said his office has handled more than 100 inquiries to date about the changes. “People are taking this very seriously,” Lambert said. “But they aren’t panicking. There are definitely ways to manage the changes.” How to deal with new regulations The U.S. Labor Department suggests four ways employers can satisfy the new requirements: Employers also must keep certain records to show workers get the wages they earn. The Rev. Nate Berneking, an attorney and director of financial and administrative ministries in the Missouri Conference, advises churches to have employees record work hours. He recommends keeping those records for seven years. Berneking recently led a conference webinar on the new overtime regulation. He said a church with employees who must work on Sunday mornings might consider cutting back their hours on Friday afternoon to keep their schedules at 40 hours. For mission trips, Berneking — a former youth pastor himself — suggests churches set policies ahead of time to make sure people can rotate their hours and get needed breaks. He also recommends congregations include overtime pay as part of the trip budget. Employers will not face any criminal penalties for failing to pay overtime. But if a church does not comply, employees can file suit in federal court for back pay with interest and other financial penalties. New rule and its challenges The new rule updates the 1938 Fair Labor Standards Act, which established the federal minimum wage. Congress gives the U.S. Department of Labor authority to adjust periodically the salary level and duties that are exempt from overtime pay. On Sept. 20, officials from 21 states filed suit against the U.S. Department of Labor in federal court to try to halt the rule. The U.S. House on Sept. 28 voted to delay the new rule by six months. Business groups such as the National Federation of Independent Business and the National Council of Chain Restaurants also have expressed opposition. Nevertheless, both Berneking and Lambert urge churches to prepare for a Dec. 1 effective date. The House bill, if it reaches President Obama’s desk, likely will face a veto. The federal court case may also face some strong headwinds in the form of legal precedent. The U.S. Labor Department, under various presidents, has raised the overtime threshold multiple times. President George W. Bush’s administration raised the threshold in 2004 but also made it easier to exempt certain workers from overtime pay based on their duties. Before the new rule, the last major expansion of overtime eligibility took place in 1975 under President Ford. That year, more than 60 percent of salaried workers were eligible for overtime. As of now, only 7 percent are. Any time laws or regulations change, that can make ministry harder, Berneking said. For churches, this change is “going to mean having a real conversation about compensation and how they treat employees,” he said. It also will mean more paperwork. However, Berneking also said churches are up to the task. If an employee is staying at or under 40 hours a week and making at least minimum wage for the time they work, then congregations will be in compliance. “If you ask anyone on the street, ‘What’s the right way to treat an employee?’ they are going to say a person needs to work a reasonable number of hours and be compensated fairly,” Berneking said. “That’s what this is trying to do.”

Churches have plenty of help in complying with the new regulation.

General Council on Finance and Administration

Hahn is a multimedia news reporter for United Methodist News Service. Contact her at (615) 742-5470 or newsdesk@umcom.org.